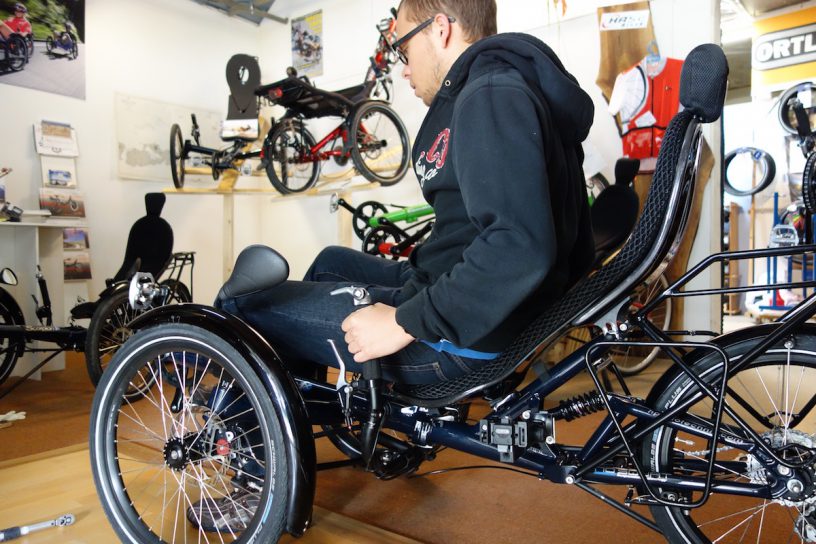 Bad news that & rsquo; it n & rsquo; not expected, or at least not so soon…

The trike is known to spare no knees, due to the very special driving position. Like many before him, j & rsquo; in fact have the unfortunate experience… After knee pain occurred when d & rsquo; a small output 15 minutes, j & rsquo; have decided not to ride a trike time everything is back in place.

Sadly, days, the weeks and months passed, and my doctor was formal : my starboard ball was worn, j & rsquo; was going to do with. The weight training sessions should allow me to effectively protect the sensitive area in the & rsquo; future, but the result is still there : I will not leave trike.

It was a hard blow, d & rsquo vision; a journey that m & rsquo; s escaped through me & rsquo; s mind constantly, I was looking forward so much to go to the & rsquo; adventure… Up & rsquo; in the day when I & rsquo; was able to reassure me by finding that the bike almost no problem despite my knee compote. Awesome ! It n & rsquo; therefore is not a disaster : continuing strength training sessions while leaving my knee, I going to take the start, it will simply be on two wheels instead of three ! Hell Yeah !