It all started when Firmin, Arlen, Kilian (my brother) and myself, Robin, decided to take a taxi to d & rsquo; avoid the rain and the few 20 minute walk planned. This could have been an ordinary story if we had not forgotten a plastic bag in the trunk leaving…

Kilian came to Istanbul 4 the 9 June to visit the city and especially get to his dear brother visit (me !). With the & rsquo; & rsquo team; Hello World Bike, So we planned to enjoy his return to Switzerland to give the cases we don & rsquo; longer needed, c & rsquo; ie warm clothing and some electronics and cables cluttering us more than helped us.

So we put it 9 June all this material in a white plastic bag.

First Istanbul rainy day ! We did not have much luck since this is the day we leave our hostel “Second Home” which is close to the tourist areas of Istanbul (Sultan Ahmed, Hagia Sophia, Grand Bazar…) to go to our hosts and Dicle Can, that & rsquo; we found on the service Warmshowers.

We all have at least two bags. Arlen, in particular, is in charge of her bag and the famous white plastic bag. It is 19h when we leave Sultanahmet, is a district of the European side of the city, pour Kadikoy, the Asian side.

We take the subway to cross the Bosphorus. We have then about 1.4 km to go to reach our destination. Rain s & rsquo; accentuating, we decide to take a taxi. Next to the mall, we get into the first taxi who's waiting. 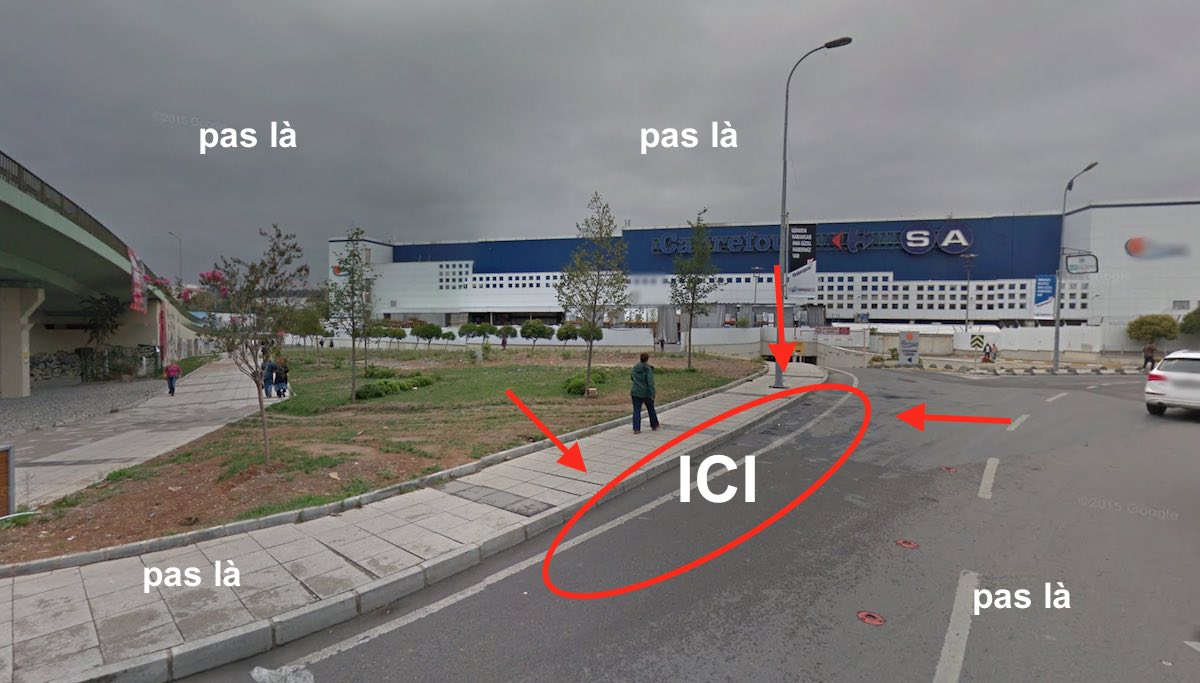 Place of departure of the taxi

Good, already, l & rsquo; idea to take the taxi was ultimately very bad because we were stuck in traffic in absolutely every street… After half an hour to drive 3km / h average (a distance of 1.5km, Yes, Yes), we come close to the & rsquo; building where live guests, next d & rsquo; a stadium. 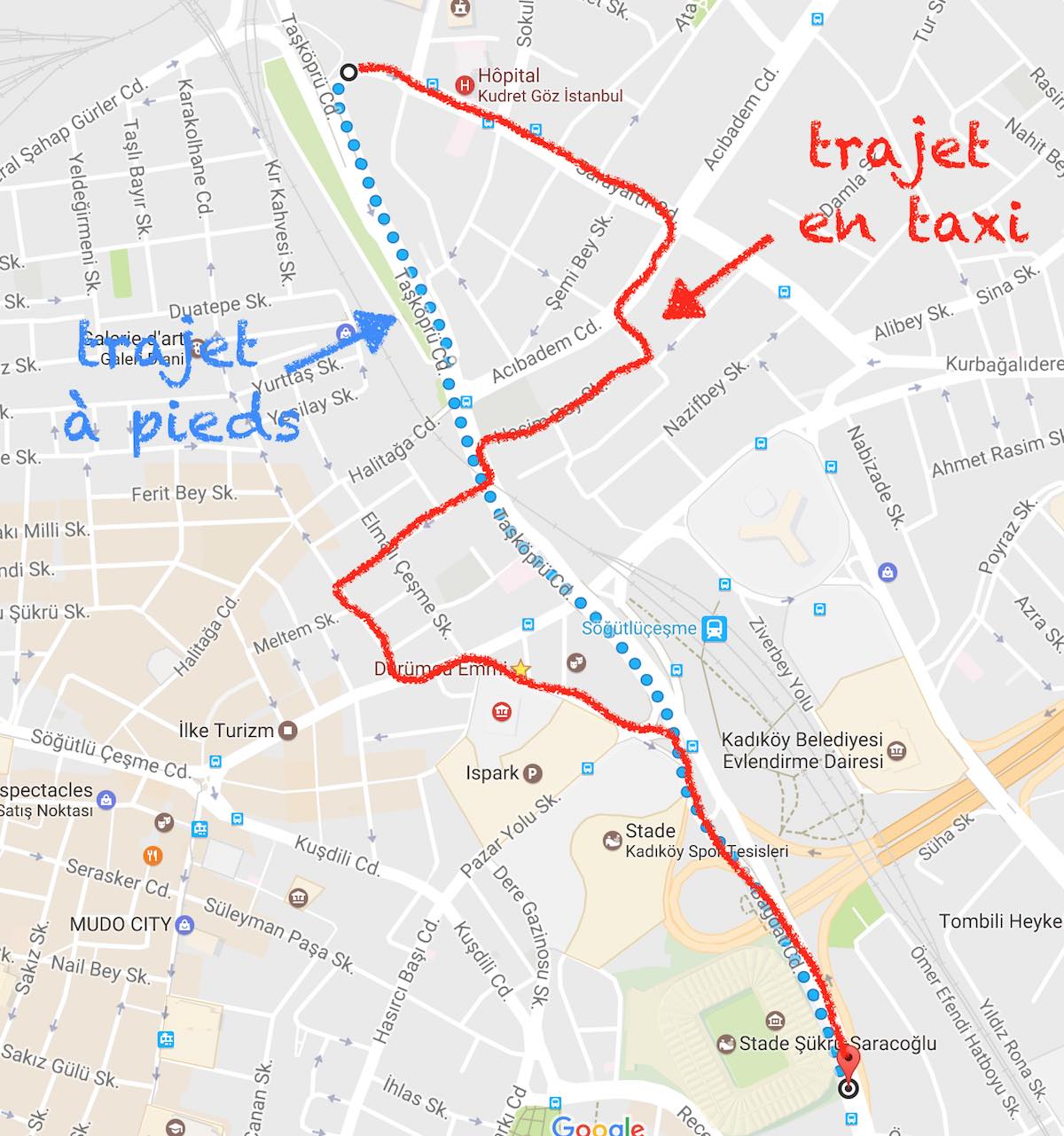 by Taxi vs foot path

It s & rsquo; stop the d & rsquo band; stop reserved for taxis and buses along the stage. Quick, we leave the safe our business, each s & rsquo; active to take his business and closes the trunk. go ahead, more than 100 meters before & rsquo; finally reach & rsquo; building our guests.

– Someone took the white bag in the trunk of the taxi ? we demand Arlen.

We return to the & rsquo; where we left the taxi, he had already left with practically every chance to recover knowing that we don & rsquo; absolutely have no information on it. l & rsquo Note; time : 20H00. We are on Friday 9 June.

No information, really ? We have a photo of the & rsquo; inside the taxi made by Arlen who was in the backseat. We see the side of the face of our driver and the only other distinctive sign is a feel-good pendant hanging in rear view mirror. Short… we will not go far with that.

That evening, we decided to go to where we took the taxi in the hope that we fall on said cab. Both say a needle in a haystack knowing that there are more than fifteen thousand taxis in Istanbul. 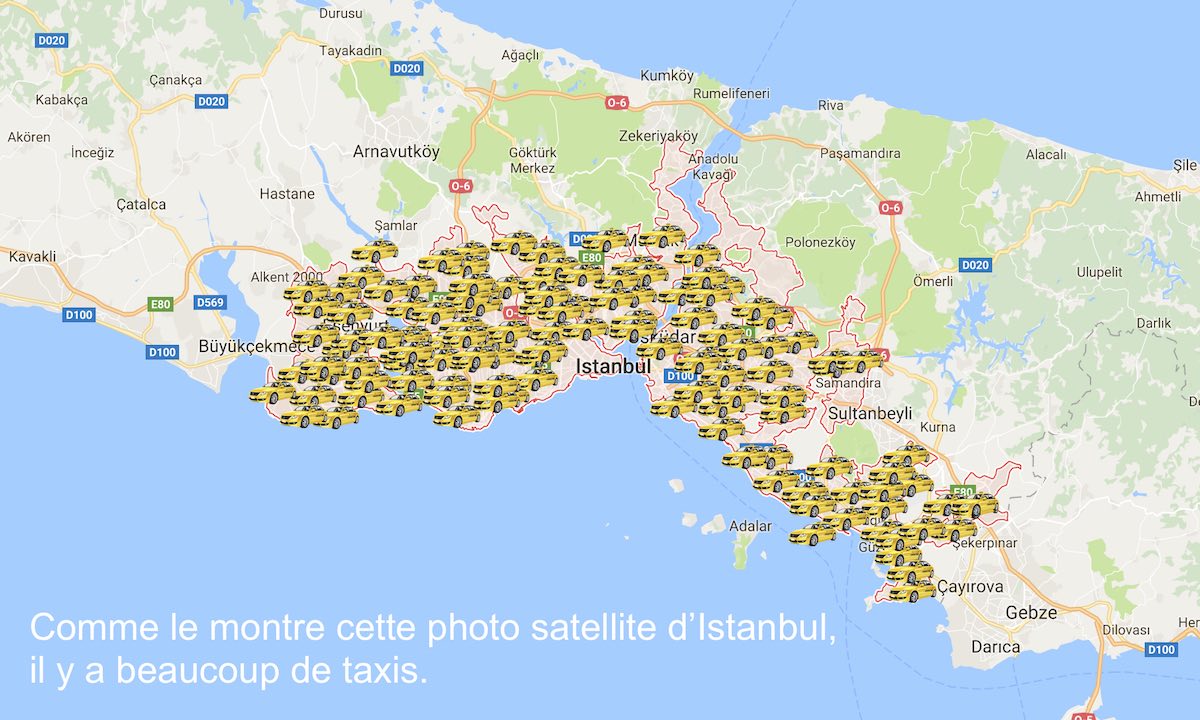 obviously, our taxi is not there. We show the picture to present some drivers. They do not know the. The taxi that we took is not the corner.

The next day, we find two surveillance cameras at the football stadium. By studying the type of camera used, we discover that it is surely the police cameras. 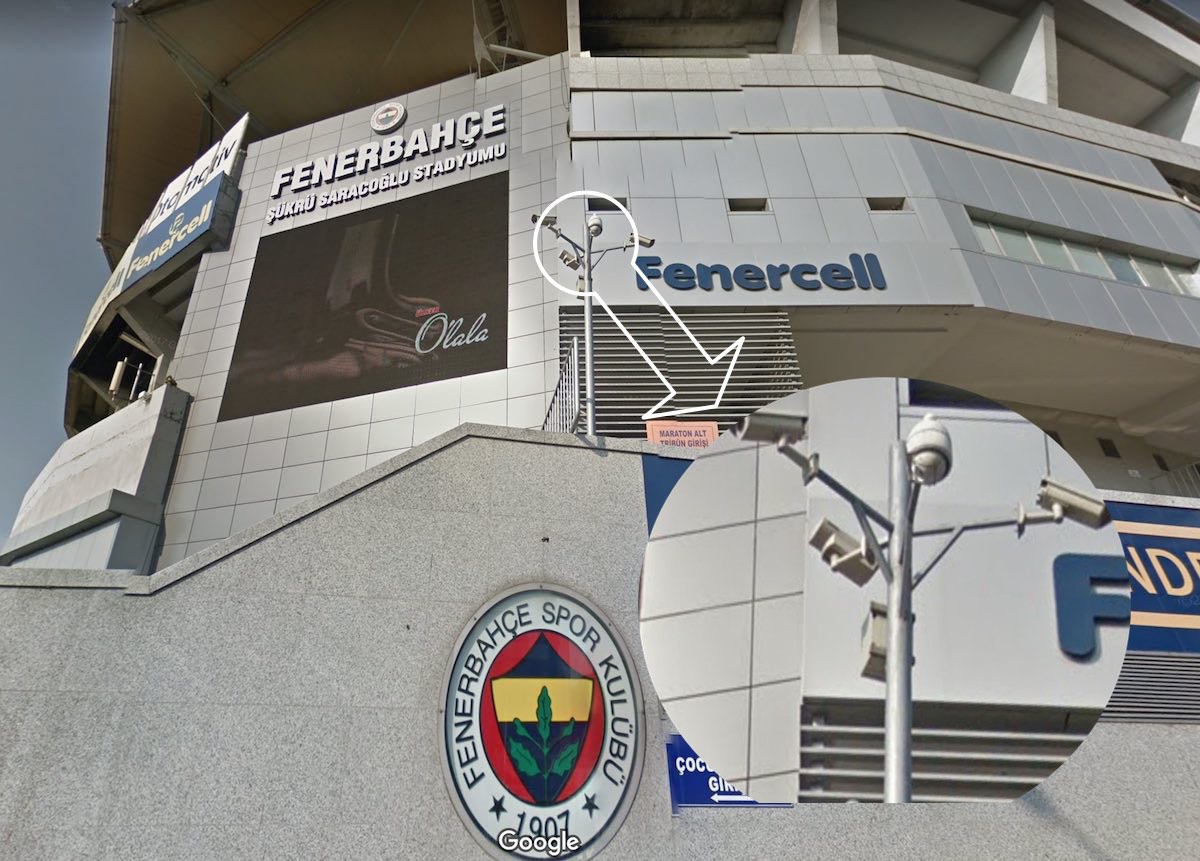 We'll Firmin and myself to the main police station which is near the port of Kadikoy. obviously, nobody speaks English… Fortunately, Can, Our host, explains the situation on the phone to a police officer who apparently has nothing to carrer of our problem. Seeing our insistence and after twenty minutes poireauter, it takes us into the monitoring room where only one person is allowed. Firmin therefore returns alone in the room. 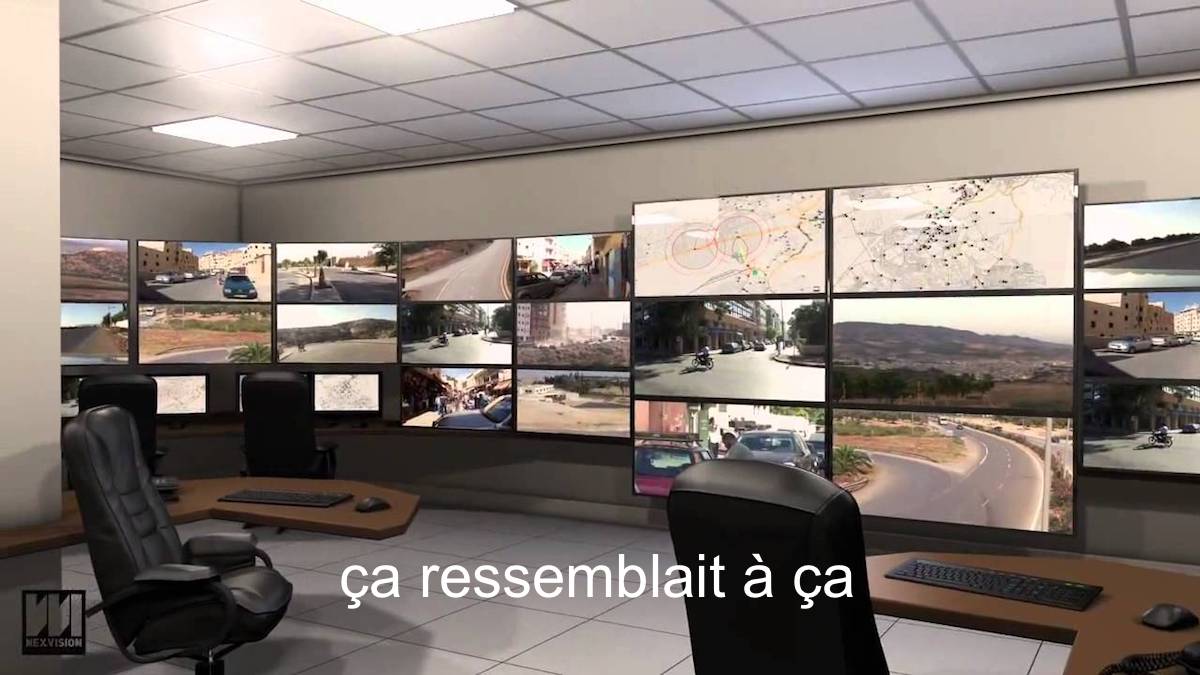 According ten minutes after. Apparently, the camera is not theirs, it is that the stadium. We returned empty-handed from the police station and decide to go presto stage. We explain somehow our problem guardian of underground parking which tells us that the only solution is d & rsquo; obtain & rsquo; police clearance.

We will not return to the same police station after s & rsquo; be hurt welcome first. We choose a small police station right next to the stage. It re-explains the problem using Google Translate ( reflecting 1 both 2 what & rsquo; we want). L & rsquo; following image is an example of & rsquo; mistranslation, we tried to translate “percent” which was a word on the addition of a restaurant. 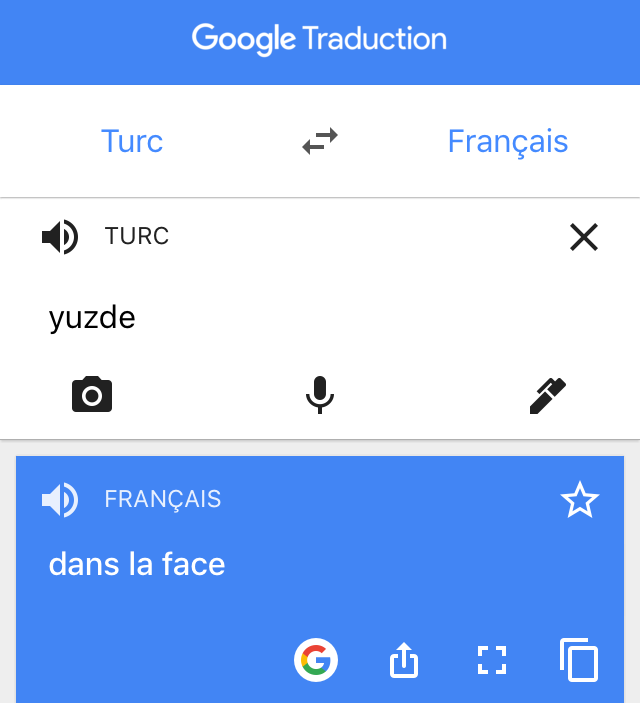 In truth, “percent” means “percentage”. Google Translate women “In the face” (which is somewhat true when one discovers that one has to pay 20 Lit about the addition). But then, was a little afraid to unnecessarily offend the people we met Google Translate which could unintentionally insult.

We talk with the phone via speaking very roughly English. Short, it is still not won. After some time, both Police Station tells us to follow. Victory ! They will be able to accompany us to the stadium and request images to us. That's what we thought. They go on bike and make us into a taxi. soon we understand what's going on… taxi brings us to the police station where we were that morning… We are facing the head of the brigade to sneer for the second time. 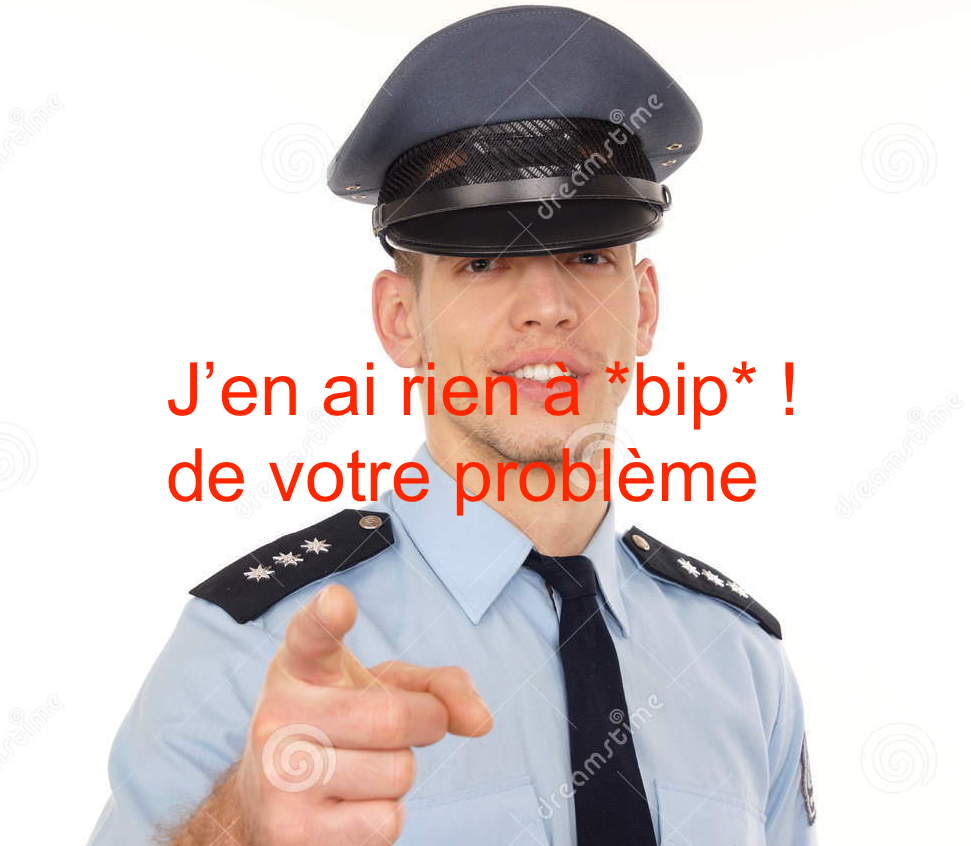 “We need a paper of authorization from you, please.”

He leaves us a post-it.

I look Firmin, that is to 2 fingers of a nervous breakdown. We absolutely do not laugh. Finally he ordered another officer to write for us permission. Once done, remains to get the chef's signature… We extend him the paper. He takes his pen, pause, looks at me as if I had to beg him to sign. I do not flinch, I wait. He signs, we say “thank you very much” thinking internally “big thank you con” then we go. small victory.

We return to the stage for the second time. We re-explain our story to a second parking attendant because the former has surely ended his day… It simply tells us that it will return on Monday, two days after, because it's the weekend.

We're at the stage Monday morning, this time directly to the security HQ. We obviously explain again our history and why and how our beautiful letter from the police. We can see behind the desk where the monitor screen is live we see the surveillance cameras. They are very good quality and we have every chance to read the license plate. 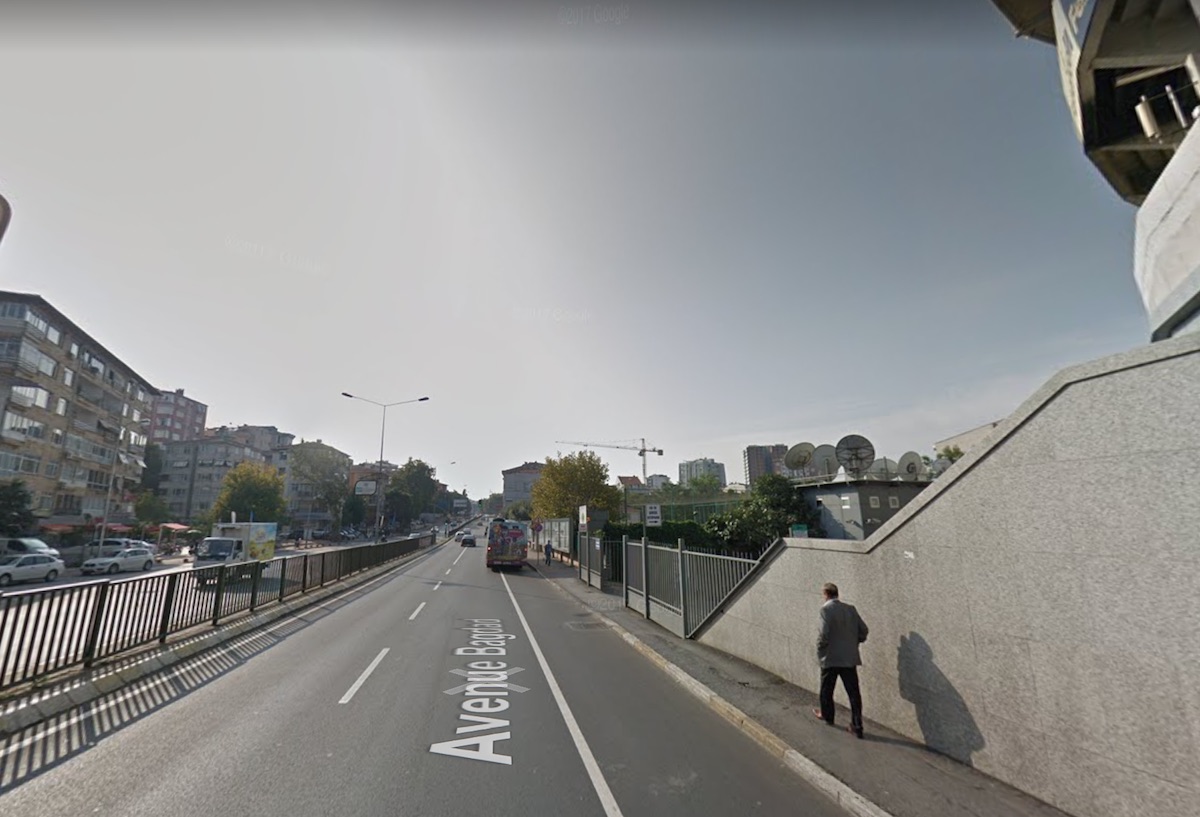 The camera could be helpful

Yes… except that we do not have the right to view anything. Security must send the police station to file… It will go the same afternoon for the results. Very good. The afternoon, so let's see the results of the police investigation. Except that the person in charge of the cameras is not…”Come back tomorrow !”

We will apply for Uzbek visa and Arlen and I have to make the recall of rabies vaccine and hepatitis (another adventure in itself). Firmin took the opportunity to go alone to the police to see results. This time, Chief told police he did not receive anything and anyway, it was better that we stop everything because there was no chance we find anything. 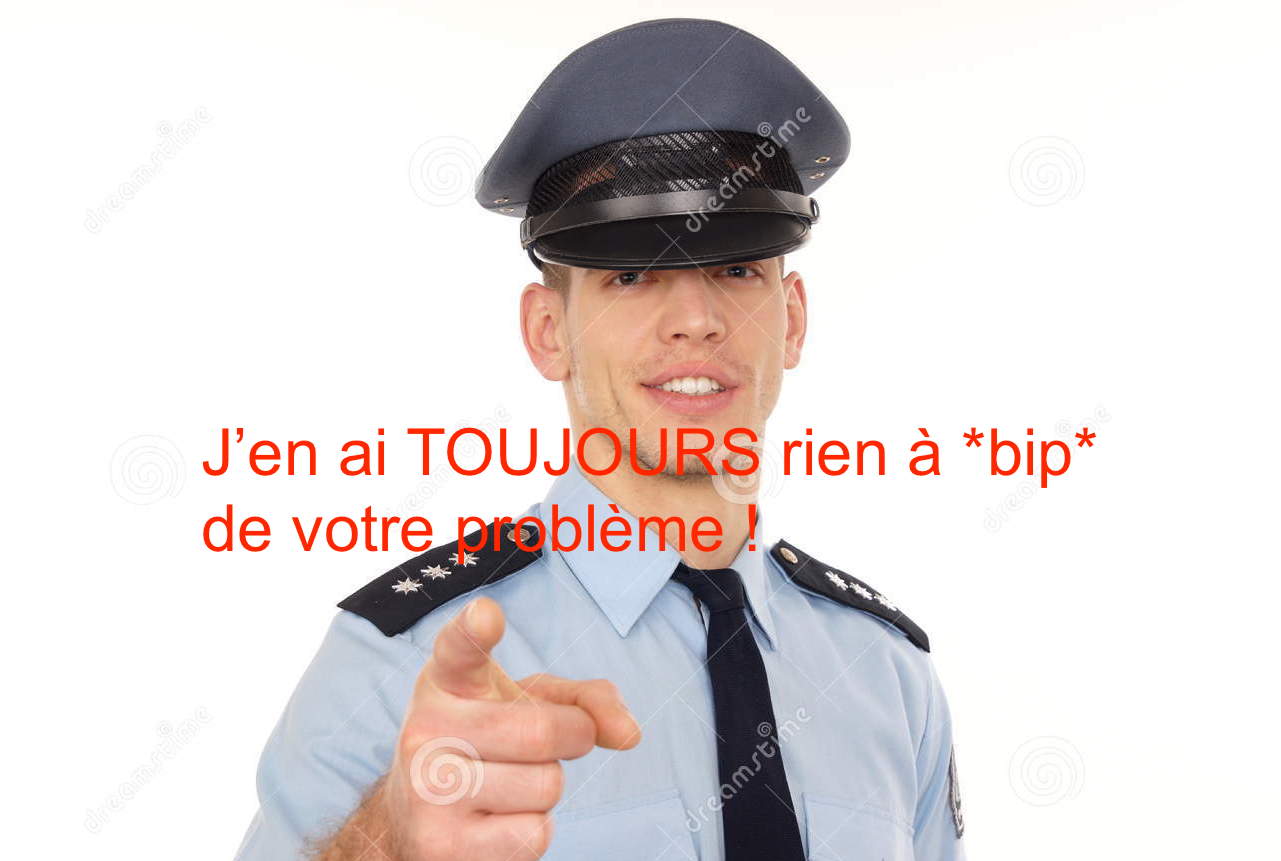 Firmin therefore returns to the stage to ask what it is. They have good images sent to the police station, they scribble a name on a piece of paper, it is the person to the police received images.

Firmin sent me the piece of paper the picture with the name of the guy who must have received images. Arlen and I therefore return to the police station to confront once again the police chief.

“We refer to xxxx”

He jabbered a few words in Turkish-English.

Finally, we leave with him and try to talk to a colleague. He tells us that the name written on paper is not complete. Only the name and status…

The scribbled name was to be useful to us

We emphasize a little but nothing to do, we are facing a wall. They received nothing and apparently are not aware of anything. On part. I am pissed. It has already lost four days. In the last hope, we return to the stage with Arlen and we just ask them to show us images of the surveillance camera, telling them that we tried with the police but it is a dead end.

The head of security in the air rather friendly and seems to understand the situation. He suddenly shows us a photo of his iPhone. A photo of a pixelated screen that shows the license plate of the taxi. It's hard to read the numbers, but we have something ! It even gives us a DVD with the video from the surveillance camera. Unbelievable !

We return victorious. Now we have to find who owns this taxi. 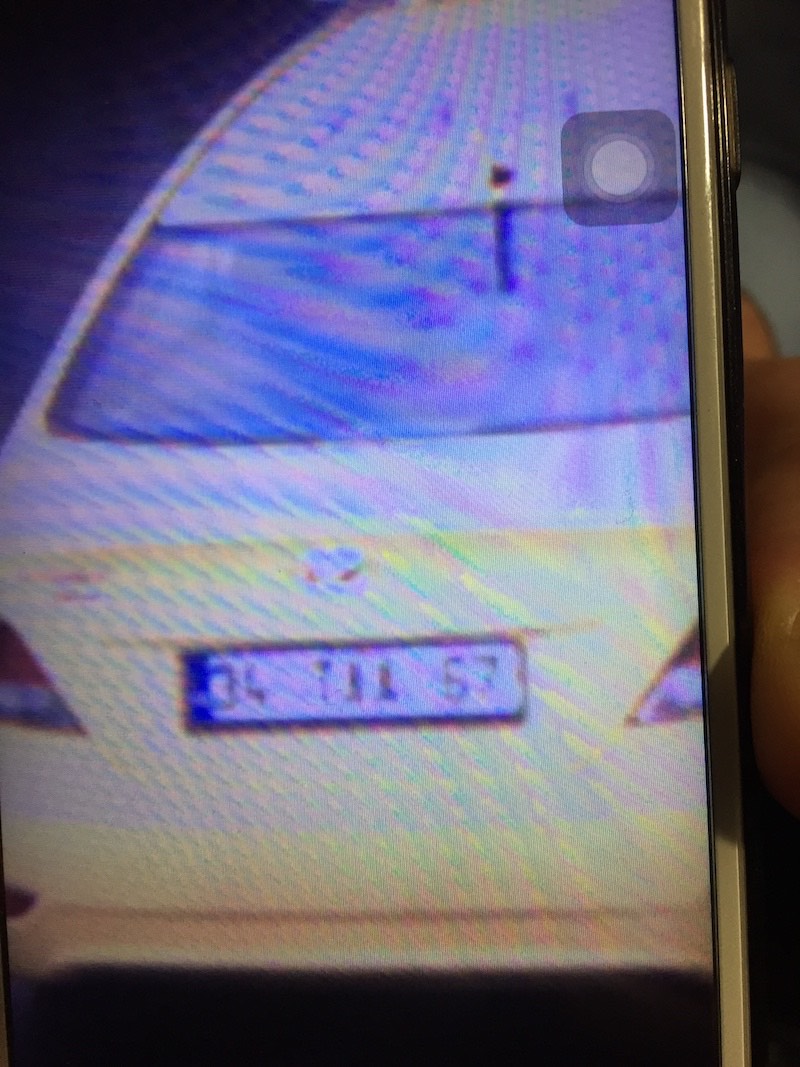 Photo of a screenshot of the monitor screen that shows a taxi and a plate !

34 TAA 57. We have the plate but impossible to know which taxi company it belongs. So close… we have to leave the next day. It is the end, this is a dead. The survey is completed. We go still for a top restaurant with our guests. We find Dicle to the main bus stop. In a last hope, we start asking a few taxis present if they do not know the plate or what is the way to find the taxi company…

and yet, looking closer, we note that the taxi has the same feel-good hanging on the rear view mirror. No doubt about it, it's the same taxi ! It looks at the window, staring at the driver.

It's him ! It was wrong of a figure by reading the plate on photo. 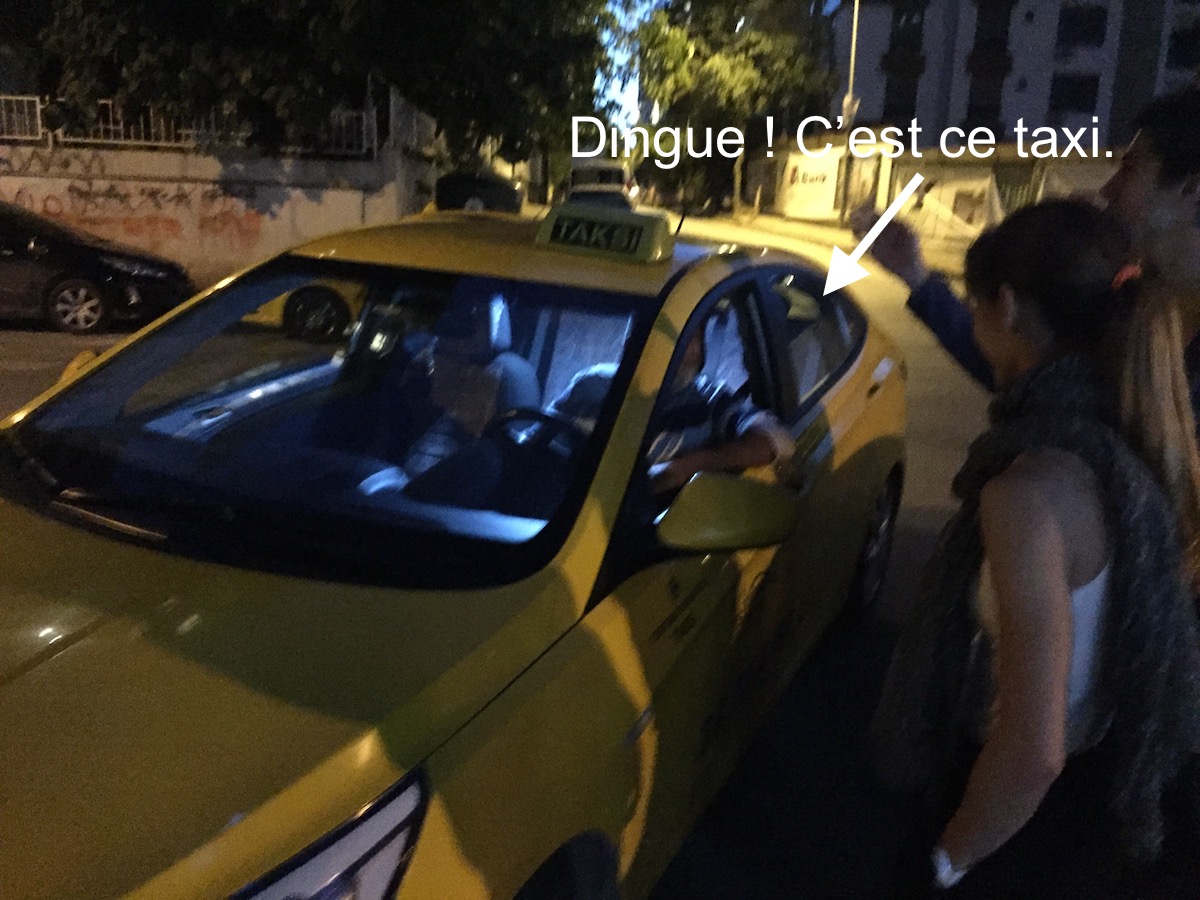 The taxi that holds our bag !

We ask him what he did to our bag. He replies that he has not seen bag but maybe the bag was recovered from the taxi agency. We climb in the taxi to the agency. You can imagine the excitement of having found by chance THE taxi top 15’000 present in Istanbul. We know that we are not far from our bag, if it still exists…

We arrive at the taxi office.

Sadly… no bag ! but apparently, a taxi driver took the bag home, His name Békkir, it will be there the next morning.

The morning, we return by bus to the agency. We require a “Benches”. The shows some Békkir. It includes what to do without one having to explain the situation. He leaves home. We wait a few minutes. And he returned with the bag.

We look inside : Everything is here ! TOTAL VICTORY ! 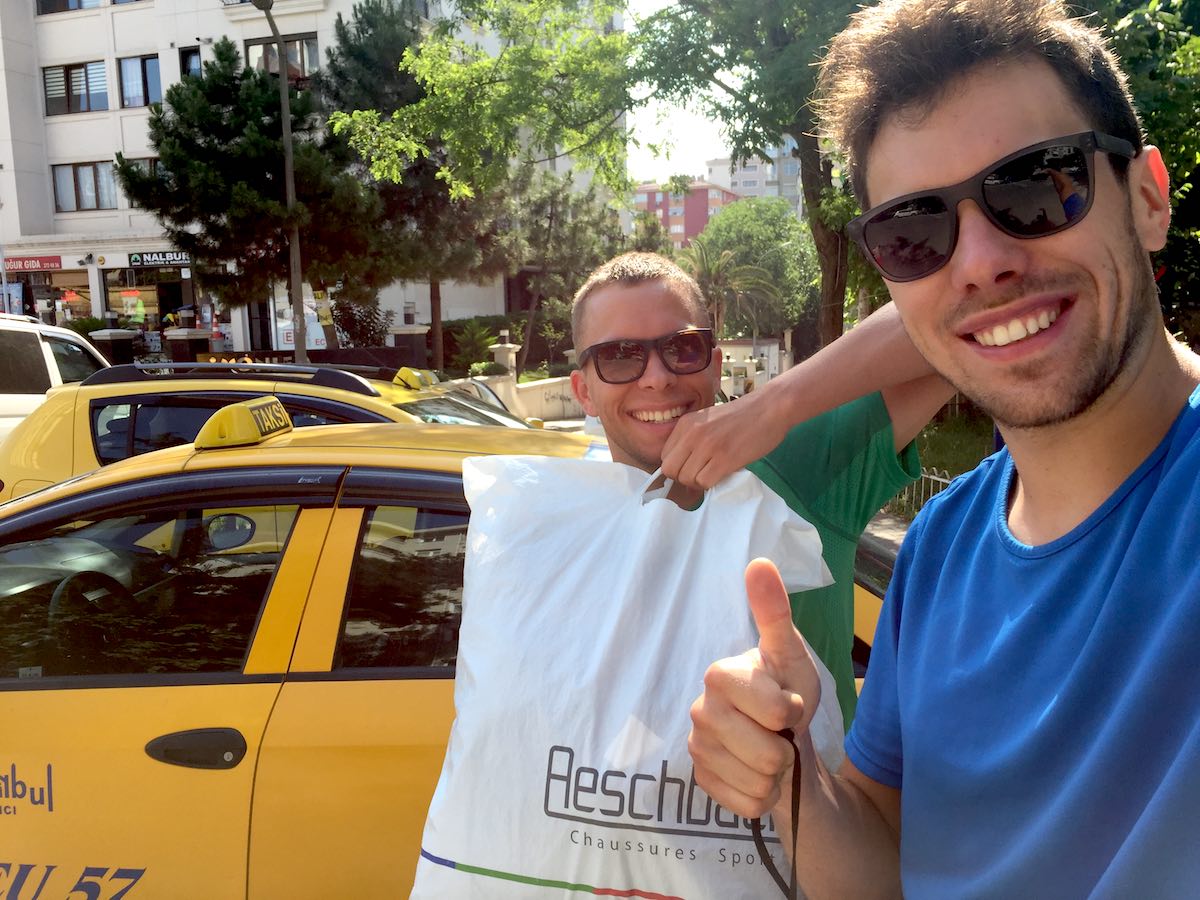 We got our bags !

Finally…not really because Kilian already left it impossible to return our business in Switzerland. So we end up with a bag of useless business in Istanbul, But that's another story. 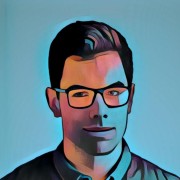 Passionate about cycling and adventure, Nature lovers and Technology.

2 Comments on "A lost bag in Istanbul”